How to Convert your Videos into Animation with Rotoscoping

Rotoscoping, sounds a fancy term, doesn’t it? If you are into the video editing or animation field, you are no doubt familiar with the term. It’s a marvelous technique for animators to produce animation from live action videos. Back then, rotoscoping was performed on glass panels.

What the animators would do, is project live action images onto glass panels and traced them over the images. However, time has changed now due to the advent of the latest technology.  Nowadays, animators rotoscope on computers capitalizing on advanced tools and technology.

In a VFX artist’s mind, rotoscoping is isolating foreground elements like characters or other objects from the background of a shot. On the other hand, an animator thinks rotoscoping is tracing over live action footage frame by frame. 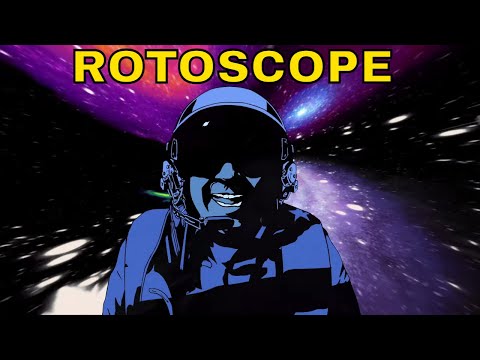 However, in the case of animation artists, they draw over the live action footage frame by frame to bring out character movement or realistic animation.

Before we dive deep into the rotoscoping, it’s crucial to understand the available types of rotoscoping. Over the years, rotoscoping has been deployed in a number of ways to liven up a filmmaker’s vision.

Let’s take a look at some of the types as well as examples of rotoscoping in the film industry:

Under the rotoscoping for reference, instead of drawing over the live-action footage, you have to use the footage to get an idea of a character’s movement. Walt Disney did exactly the same for his own company. Disney embraced the strategy and created a reference for rotoscoping.

And the amazing part of it is visible in several Disney movies, including the studio’s first entirely animated film, “Snow White and the Seven Dwarfs.” You will be ecstatic to know that many of the film’s dancing scenes and Prince Charming’s movements were rotoscoped from live-action footage.

Another movie is “Alice in Wonderland,” where rotoscope artists used both an actor’s body movements and their facial expressions to help them animate. On top of that, to save time and effort, Disney artists rotoscoped, specific scenes from the studio’s past animations to produce 1973’s “Robin Hood.”

As you have already picked up, many animators and VFX teams have embraced rotoscoping technology throughout the years. Partial rotoscoping is a method leveraged by animators to generate an illusion of movement. Depending on the demand for the final product’s look, animators apply this sophisticated method.

For example, an animator may wish to rotoscope a human-like animated character. For that, they have to trace over live-action footage and then supplement it with a caricature to stress the different ratios between animated characters and real human beings. This allows them to bring out more precise movement for a cartoon while maintaining the drawing style.

Filmmakers normally leverage rotoscoping for visual effects to create a matte or mask for a particular element. For example, they can assist to extract an element whether it is a character or object, from a certain scene and place it on a different background.

They also take advantage of the technique to recolor different elements which is one of the many purposes in the world of visual effects. Rotoscoping provides filmmakers with the opportunity to create scenes that are otherwise complex, pricey, or impossible to bring to life.

Rotoscope besides being a creative tool to leverage in your videos is also a wonderful solution for many filmmaking drawbacks. Rotoscoping can be deployed for multiple creative works like adding special effects, troubleshooting shots, and adding a fun flourish to your video.

Hollywood movies portray incredible actions in different scenes. Rotoscoping, mingled with green screen and motion picture often produces fantastical worlds we watch on the big screen. Rotoscoping lets the editor cut out elements from one shot and place them in another shot.

Bring out a Unique Style:

Rotoscoping is also a fascinating tool for creating a style for your videos and movies. Do you remember the unique look of the 2006 Richard Linklater movie “A Scanner Darkly”? It was created by deploying rotoscoping techniques.

You can also take advantage of rotoscoping techniques to produce animated flourishes for your projects. No matter whether they are commercials, presentations, music videos, or showreels, adding hand-drawn animations to highlight movement in your shots is a well-known style.

Sometimes, you may end up taking a shot with something that doesn’t belong to your composition. Like a stray coffee cup or a randomly placed script, etc. can bring out a haphazard output. In other cases, you may notice something missing from a shot. Rotoscoping can be leveraged to fix both of these issues.

Sometimes the shot may not require fixing, but you wish to alter it anyway for a better appearance. Many YouTube content creators make use of rotoscoping techniques to add elements to TV Shows and Movies.

How to Rotoscope Videos?

Now that you grasped what rotoscoping is, its types, and why you should avail it at length. It’s time to put your artistry to the test. Remember that the steps you follow for rotoscoping depend on the software you’re deploying and the project you’re working on.

However, there are some general steps that you can follow for rotoscoping. Let’s have a look at the steps:

1. Capture and Examine the Reference Film

Before you kick off rotoscoping, you need to decide on what you want to apply the technique, such as a prop or person. Hunt for the scenes you wish to reference to begin the process.

If you don’t have a film, get a digital camera to shoot a scene or series of sequences that contain minimum costumes, props, and sets. Why so? This is because having fewer items and simpler backgrounds makes tracing easier.

Make sure the footage features the element or person you wish to rotoscope. Don’t forget to take note of changes in direction or if your main subjects get clouded by other elements as the scene progresses.

Knowing the footage you’re using can aid you to determine your project’s timeframe and how best to commence the rotoscoping process.

2. Choose the Necessary Tools and Software

*You may also read:  Best Photo and Video Editing Software.

3. Draw over the Reference Film

Once you are done with the selection of your software, lay out the footage and trace the movements or expressions you wish to rotoscope. If you’re using Adobe Photoshop, follow these steps:

Get your Video Timeline Ready:

In order to perform this, open the video timeline from Photoshop’s window menu.

Make sure to select the right frame rate for your project as insufficient frames could make your animation jerky. However, too many can frame rates will provide you with more work than necessary since drawing each frame takes a lot of time.

Go ahead and Insert your Video Footage:

Now, it’s time to insert your footage. Go ahead and create a new blank video layer. This new layer is exactly what you’ll export as your rotoscoped animation.

Initiate Tracing over the Frames of the Video:

As you trace, try to use as few control points as possible. When you leverage only what you need to trace the object, it helps you to keep track of the points more easily and provide you with a smoother outline as a whole.

If you’re tracing a complex shape, isolate each element if you can. For example, when you trace a body, isolate the body parts that move independently from each other. This lets you create a more precise animation since you’re not using a single outline for a scene.

Set Black as your Foreground Color:

Now, make sure your foreground color is black. Click the Brush tool thereafter and begin drawing outlines for as many frames as you need to create the scene.

Once you’ve traced over the frames, it’s time to use your software’s tools. If you’re carrying out the animation in Photoshop, you can utilize the color fill, masking, warping, and blending tools.

When it comes to using After Effects for visual effects rotoscoping, you can add additional masks to spice up your animation. For instance, if you’re rotoscoping hair, make use of this software’s blur tool to blur the edge of one part of the mask. In order to execute this, follow the steps below-

If you are a fan of feature films, you must be aware that rotoscoping technique is leveraged in most of these films. This shows that this animation tactic will keep getting popular as time progresses. 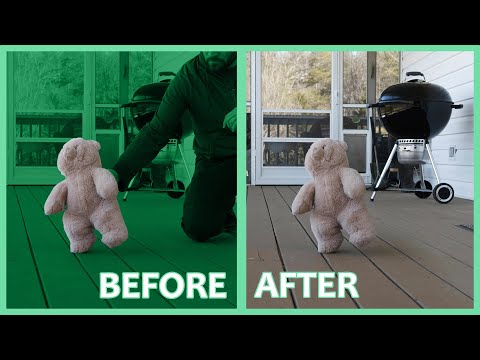 How to Create a Rotoscope Animation from Video

Convert a Video to a Series of Images:

First and foremost, take a media player that can convert videos to a series of images. You can leverage free tools like VLC Player to convert your video to an image sequence.

Import the Series of Images into a Graphics Program

Secondly, you can use any program you prefer such as Photoshop or even PowerPoint. Programs with layers will ease the process of tracing the images. In the case of PowerPoint, you can place each image on a slide or even use the Selection Pane to manage object visibility.

Trace Each Image of the Sequence

This is a lengthy process where you’ll spend most of your time. As you have to trace each image from the series, it will take up time. The amount of detail you want to add is up to you.

Save Images in GIF Format

Finally, go ahead and save your images as animated GIFs into the storyline to leverage in your example. 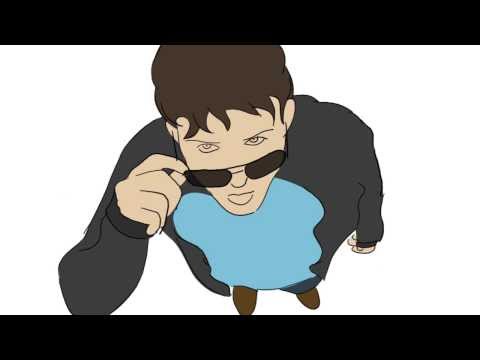 You may also read: How to Make an Animated GIF in Photoshop.

Rotoscoping is an age-old technique for adding visual effects to your videos. Even though the technique is a bit time-consuming, it can yield smashing outcomes in animation. For decades, movies have been taking full advantage of this method and entertaining audiences to the utmost level.

Many companies offer rotoscoping services along with other related services like motion capture and green screen. No doubt, professionals applying advanced techniques like rotoscoping happen to be highly deft and crafty to produce stunning results.

That’s all we had to cover on applying rotoscoping to convert videos into animation. Hope you learned a lot from the write-up and you can apply it in your rotoscoping projects.

How to Photoshop Someone into a Picture