Among various phenomenon that we are witnessing today in this age of science and technology, 3D modeling is one of the conspicuous ones. The technology has a unique ability to simulate different types of products and real estate virtually. When a viewer views a flawless 3D modeled image, he reflects that the product of the image is a real one. But in reality, it’s a modeled one which serves various purposes for the customers. It not only benefits the customers but also offers a magnificent opportunity for the 3D designers to build a flourishing career. However, to nail 3D modeling, it’s key to avoid some silly and common mistakes to get the desired outcome. Here, in this write-up, we would shed light on some of the common 3D modeling mistakes and tips to duck them.

As time progresses, the 3D modeling applications are getting budget-friendly letting an opportunity for the newbie 3D designers to scramble themselves to be in the limelight among other specialists. Clients, nowadays, aspire to connect with data with a view to sensing the real vibe. In order to give them the feel, 3D artists must have the know-how of 3D modeling applications and software. When it comes to 3D modeling, there is no shortcut to it and the 3D artists have to master the skills to prove themselves. They must do hours of hard graft and have the determination to ace in their careers.

Let’s walk you through some of the common 3D modeling pitfalls and the solution to avoid them.

Getting Ambitious Early on

Ambition induces success and is highly appreciated as it drives people to encounter challenges. But when it comes to 3D modeling, early ambition can spoil the entire project. If you think you will produce a masterpiece at the get-go, it may backfire as this work requires craft and experience. 3D modeling is a stiff, technical, and lengthy task and so it requires attention to the details.

Before you execute any 3D modeling project, you have to be cocksure whether the task is cumbersome and can put you in technical drawbacks. You must know whether you can model the object realistically. If the modeling requires adding hair, fluid, and global illumination, you have to take out time and pick up each of the concepts thoroughly. You have to challenge yourself so that ambition doesn’t get better of you.

Another pitfall committed by amateurs is subdividing the mesh early on in the modeling process leading the model to lose its quality. The model may portray a lumpy and distorted shape which will cause nothing but regret in the mind of the modeler.

You have to be circumspect in the case of using the resolution as you should use it only after you are certain that you have aced the shapes and silhouettes with the polygons you already have. If you encounter a situation to tweak the shape of your model but you have already subdivided to your point where you can’t modify properly, use the lattice tool in Maya’s animation menu.

As far as newbie 3D modelers are concerned, it’s a common tendency among them that a finished model has to be in a single seamless mesh. This concept is not always true rather striving to model in this way will multiply your endeavors and stress you more.

Whether an element of a model that you will build should be seamless or in separate geometry relies on the way the object will be constructed in the real-world. Depending on this factor, you will model it in the 3D modeling software.

When it comes to rookie 3D image modelers, it is normal for them to think they can directly jump into Maya and design objects as they do the modeling. But that’s not advisable as they are likely to face many drawbacks in modeling as beginners.

Instead, the approach should be carrying a pad of 5×7 grid paper and they can sketch out orthographic ideas for real estate and other environmental assets in their leisure. Some of them may not come in handy but at least a few of them that are supreme can be posted in their workspace which can be useful in future projects. They can easily scan and pull them in Maya as an image plane. This will not only help you work swiftly but also assist you to bring perfection in your work efficiently.

One of the integral parts of 3D modeling is maintaining tidy topology and smooth surfaces. But very often, modelers end up overlooking topology and model bumpy surfaces. On top of that, edge flow also plays a crucial role in the character model that is intended for animation. Modeling is a balancing act between innovative and technical aspects. Both functionality and aesthetics are equally pivotal when it comes to 3D modeling. If you wish to output a functional and exquisite model, clean geometry is incumbent.

To resolve these issues of topology and uneven surfaces, you have to make sure that there aren’t stray vertices interrupting the flow of edge loops. Edge loops should be evenly spaced and the quads should be as square as possible. Eyeball your model in order to trace any bump on the surface that requires to be smoothed. Eventually, what matters is the appearance of the model whether it can represent the idea for which it is meant for in the concept art let it be in the film, video game, animation, comic book, etc.

Take Advantage of the Internet: The Internet, nowadays, has brought the world at our fingertips. There is barely any information that is unavailable on the internet. With regards to 3D modeling, there are umpteen videos, tutorials, guidelines, articles, forums, etc. are available for your convenience. Most of the sites that include these resources are accessible by everyone. These types of content are not only conducive for newbies but also for seasoned modelers. However much deft a modeler may be, he is likely to encounter major or minor difficulties while modeling products and Internet can aid him to resolve his issues.

Focus on the Real World: No matter whether you model a building or a product, it’s key to give your customers a real-world feel. If you model a product or a building two-dimensionally, it may look resplendent but it won’t render a real-world feel. This is where 3D modeling comes into play. A well-designed 3D product or building appears to be a real product or building. Clients also show more interest in products or buildings that reflect real-world visual splendor. Thus, they get content with the models and your chances of nailing the project also get high. 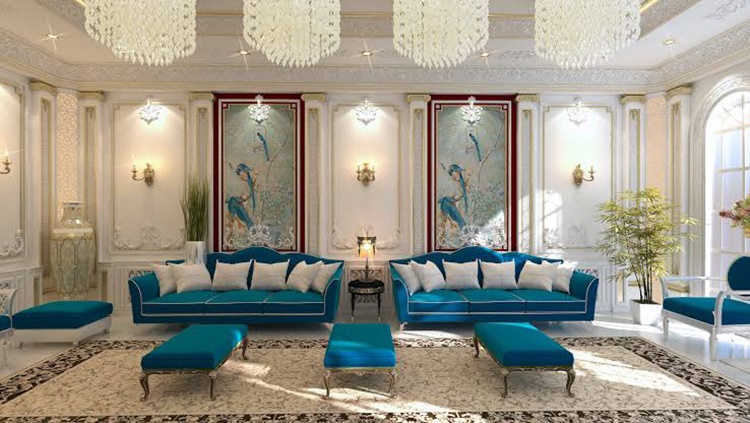 Engage yourself with Various Types of 3D modeling: When it comes to 3D modeling, it’s very crucial to expand your range of modeling. Versatility is very pivotal if you want to progress in this field. Furthermore, 3D models are ever-lasting and so picking up different forms of modeling such as wireframe, solid, surface, shell, etc. will not only help you to refine your skills but also become innovative. Depending on one type of modeling will restrict your skill and also make you feel irritated. Mastering a variety of modeling will also assist you to get a job easily and smoothly.

Kick off with Easy and Simple Objects: Learning 3D modeling is like learning a new language. To learn a foreign language, what do you do? At first, you learn the letters, then the different diphthongs, followed by short words, and finally you go on to pick up the complex parts of the language. Likewise, in 3D modeling, you have to model simple shapes like cubes, spheres, and pyramids initially. Capture the basics of 3D modeling with easy and simple shapes in order to nail the complex shapes later. You should go on to design complex objects such as jewelry, automobiles, electronics, apparel, buildings, etc. once you get confident about your ability.

Get rid of the 3D Modeling Myths: When it comes to 3D modeling, many amateur modelers think about the expense of doing a particular task. They also think about the timespan of accomplishing the task. But the fact is the time and cost depend on the complexity of an object. The more complex an object is, the higher the time and cost become. The bottom line is that 3D modelers picking up this technology are bound to flourish. The time and money that you invest to train yourself in 3D modeling will surely come off as the industry is going up as time progresses.

So, we anticipate that the above tips will come in handy for you to craft your 3D modeling projects. As a newbie 3D modeler, mistakes are bound to occur but if you go through and follow the stated hacks, you can avoid blunders and your number of mistakes will also go down. Once you master the art of 3D modeling, you will find the 3D modeling tasks and projects a piece of cake.