A flag is the national identity of a country. It bears the love, patriotism, confidence, and chivalry of a nation. In the modern world, every country has a national flag including many other ensigns for different purposes. The use of ensigns was in the past, is continuing still now, and it is pretty sure, its usage will be increased in the future.

Every country uses different types of flags with various colors, sizes, shapes, symbols, and standards. Strict law and measurement are associated with the designing process of flags. The architects and designers mingle history, culture, and heritage during creating a flag.

Flags are used across the nations widely for many reasons and so, to maintain a standard in design and shape, the authority sets laws remarking to the dos and don’ts. Sometimes it becomes difficult for the designers to search the hex (color) codes and perfect guidelines while designing a national flag. However, in this content, the flag designers will get flag design guidelines for creating flags of most powerful nations.

The American flag is one of the most recognizable and powerful flag models in the world. The flag contains 50 starts on a blue field adorn the top-left section and 13 horizontal red & white stripes. The 50 stars represent 50 states in the USA and the 13 stripes represent the 13 colonies. The spangled stars are placed in 9 rows of altering 6 and 5 stars. 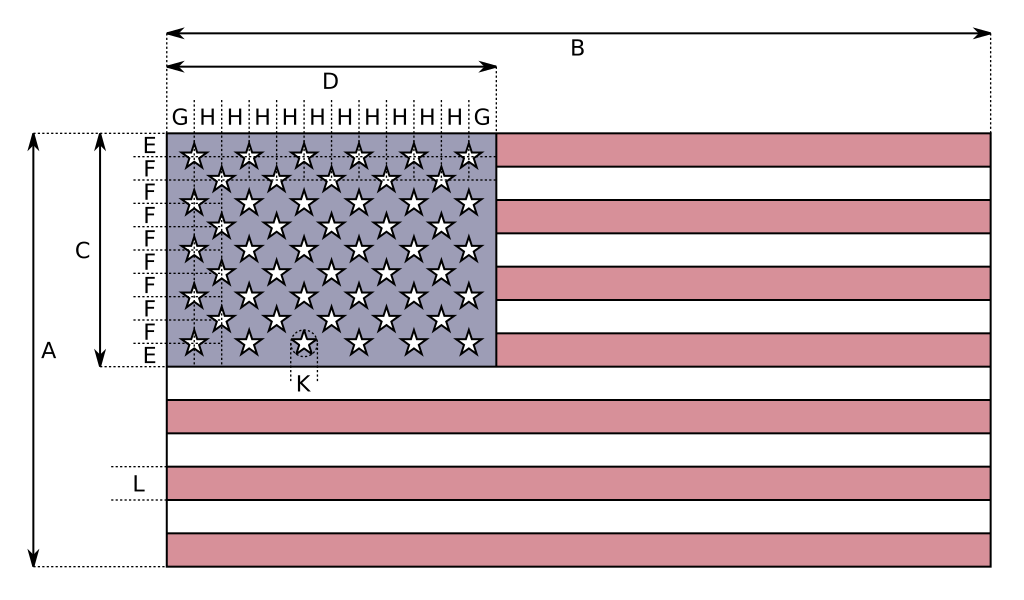 Get the US flag’s specification from the above table and design the flag accordingly. The US flag designers and retouching experts should design the flag perfectly as directed by the authority. Maintaining its color and measurement during flag designing is etiquette. Disproportionate flag making is also illegal and not recommended.

The national flag of Canada is also referred to as the Canadian Flag was taken in 1964 after the recommendation of 15 members’ flag making board. After the debate, the present flag with maple leaf was chosen out of three different designs. However, the Canadian flag is red and white. Its ratio 1:2:1 and it has an 11 pointed maple leaf. It has two vertical red fields and one white field in the middle of these two red. A red maple leaf is on the white background. 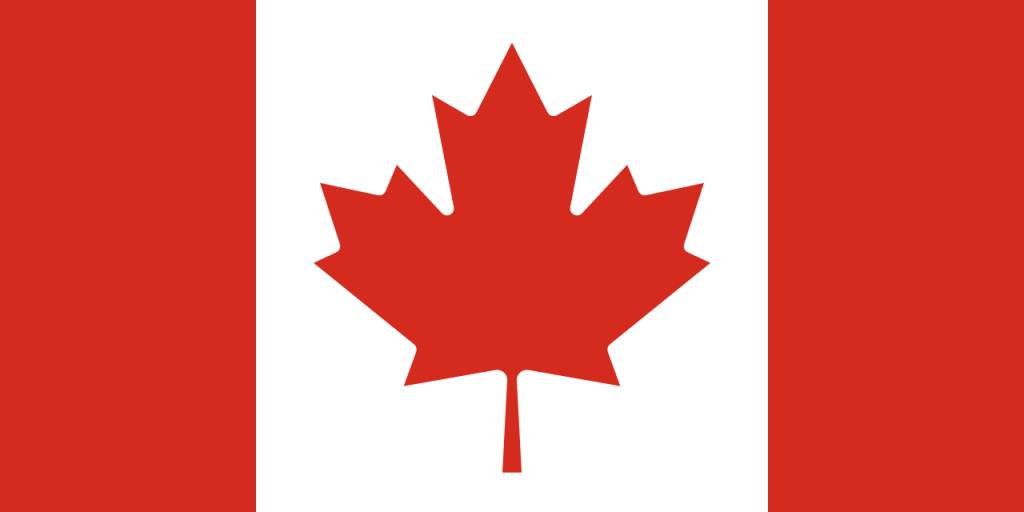 The tricolor Russian flag contains three equal horizontal stripes. White color (symbolizes nobility and frankness) is on the top, dark blue (stands for loyalty, honesty, and chastity) is in the middle, and the red (courage, self-sacrifice, generosity, and love) is at the bottom. This 2:3 measurement flag first adopted for Russian merchant ships 1696 and keeping unchanged, the current flag has been reinstalled in 1991 as Russian official and the national flag.

The tricolor (three national colors: black, red, and gold) German flag consists of three horizontal bands that display national colors. It was adopted first in 1919. The present colors Black, Red, and Gold are the symbols of 1848 revolutions. 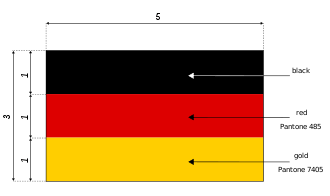 The national flag of the UK is also known as Union Jack, Union Flag, British Flag, and UK Flag. The current design is taken from the union of Ireland and Great Britain in 1801. The flag consists of Red Cross symbolizes England, a white-edged superimposed cross stands for Ireland, and the saltire cross represents Scotland. When this flag was designed, Wales was a part of England. So, Wales here is not represented.

The United Kingdom has various Ensigns like Civil Ensign, War flags, Merchant flags, naval ensign, and many more. Their sizes are also varied. But the ratio of the national flag is 1:2. The colors are azure, argent, and glues. 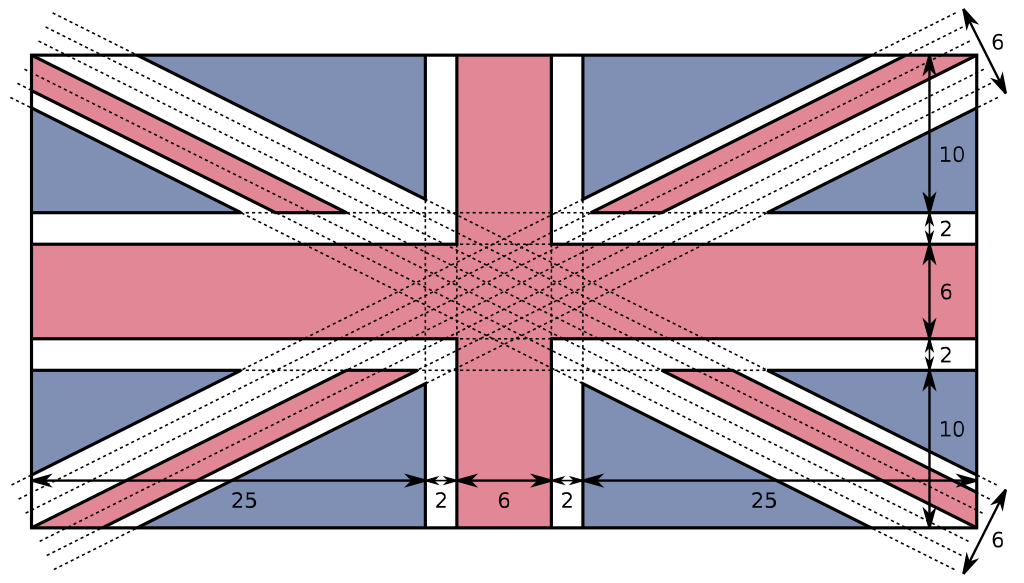 The flag of France contains three different colors: Blue, White, and Red. It has three vertical bands. The English calls the flag French Tricolour Flag. The size ration of the national flag is 2:3 and it was adopted in 1976. 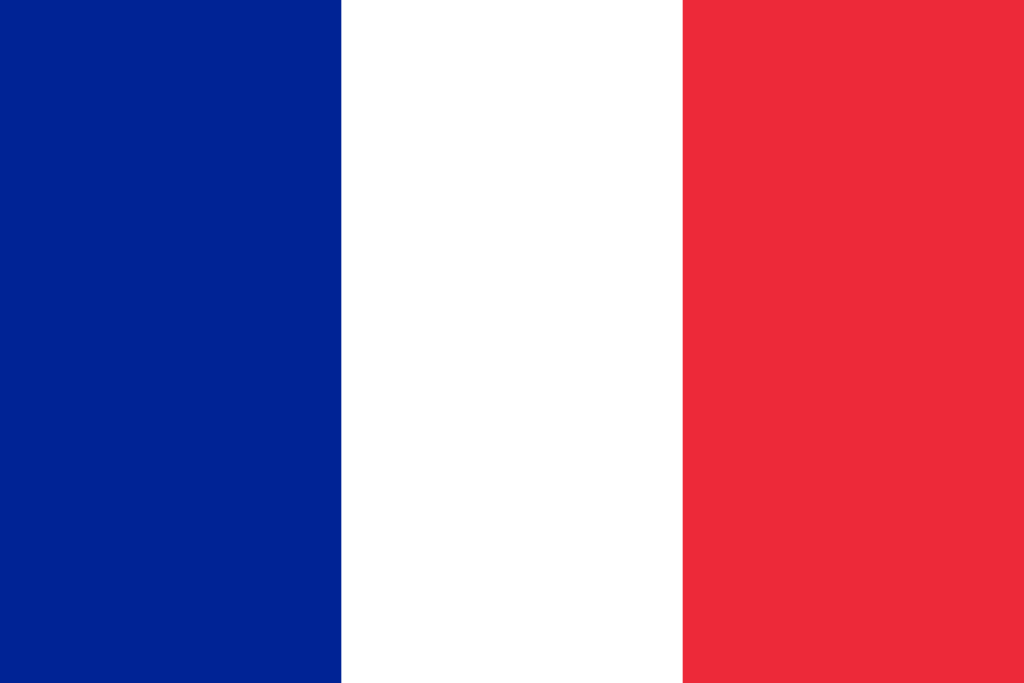 The national flag of Switzerland is considered one of the oldest flags and it was adopted in 1889. The flag has a red background with a white cross. Swiss national flag’s ratio is 1:1, and the ratio of civil ensign is 2:3. Its hoist ratio is 2:3 or 7:10. Aesthetically, the Swiss flag is one of the finest flags.

The flag of Israel that contains a flue star on a white background and two horizontal blue stripes was adopted in 1948. Originally the flag was designed during Zionist movement and later it is recalled. The star inside the flag stands for the Star of David. Its white color divine benevolence and blue symbolizes God’s glory, purity, and severity. 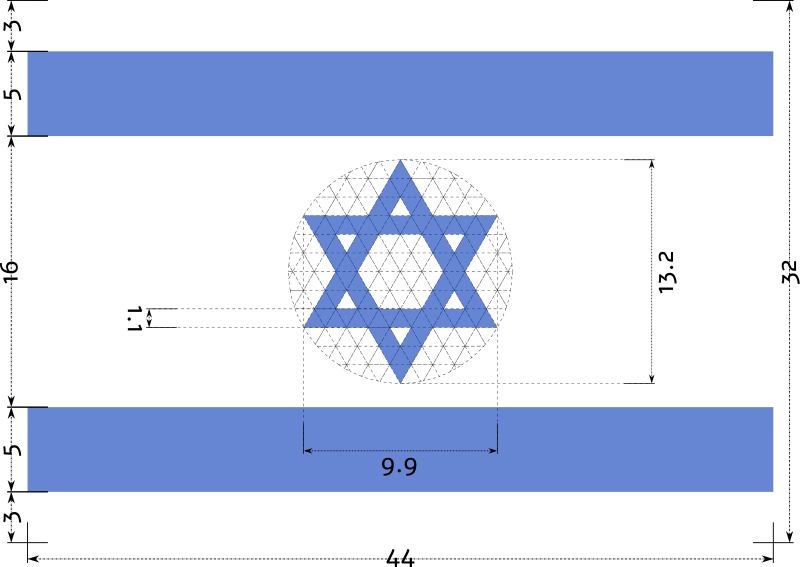 Saudi Arabian flag is a simple green background with a white inscription and sword on it. The flag was taken in 1973. The inscription says the Islamic declaration of faith to Allah. And the sword under it symbolizes the significance of the Shahadah. 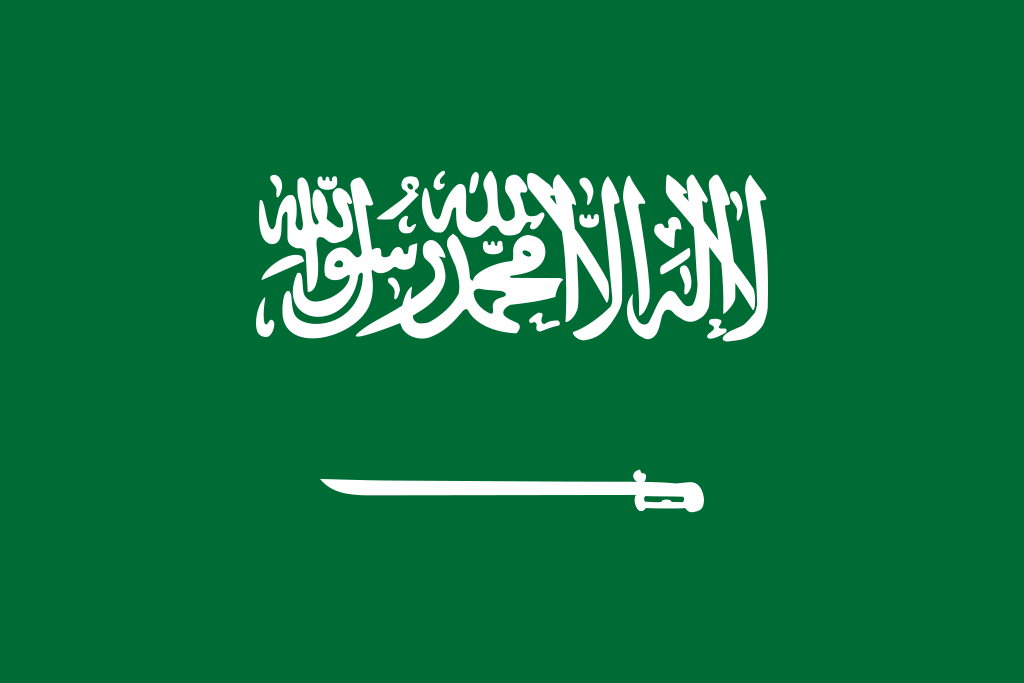 The flag of UAE was designed by a 19 years old designer and adopted first in 1971. It consists of four colors: red that represents courage, strength, and unity; white that stands for peace, honesty, and purity; green is for prosperity, love, and hope; and black represents the defeating enemies, not oil. All these four colors are representing the unity of Arab nations. The UAE has different flags for the individual state.

In the structure of the UAE flag, a vertical red stripe takes 25% of the total width, and three white, green, and black horizontal stripes are equal 33% of total height. All these colors and stripes have made the flag aesthetically rich. 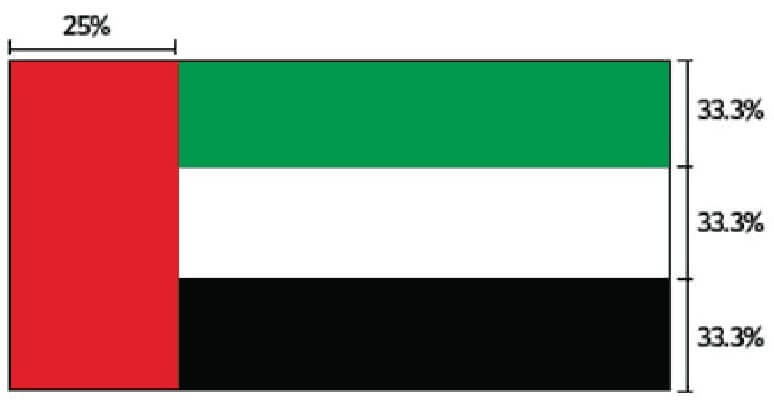 China’s national flag is well-known as the Five-Star Red Flag. It was adopted in 1949 with a plain horizontal red and 5 gold stars (one large and four same-sized smaller stars in a semi-circle position) at the left-top corner. The red color stands for revolution and five stars symbolize the unity of Chinese people. 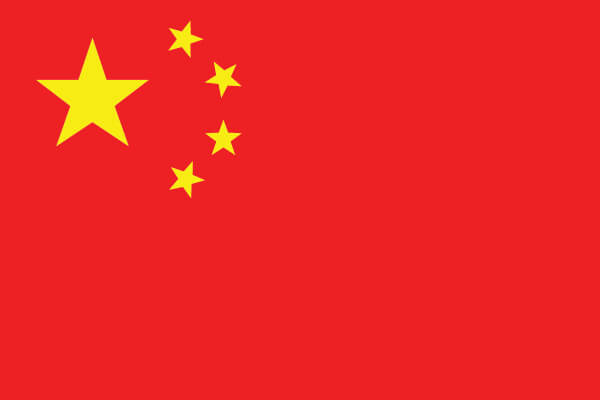 If you head over the national flag of Japan, you will get a white rectangular banner and a red disc at the center. It is officially known as Nisshoki that means sun-rise flag. The flag is also popular as Hinomaru that means the circle of the sun. Japanese flag symbolizes the land of the rising sun. This flag was first adopted in 1999. 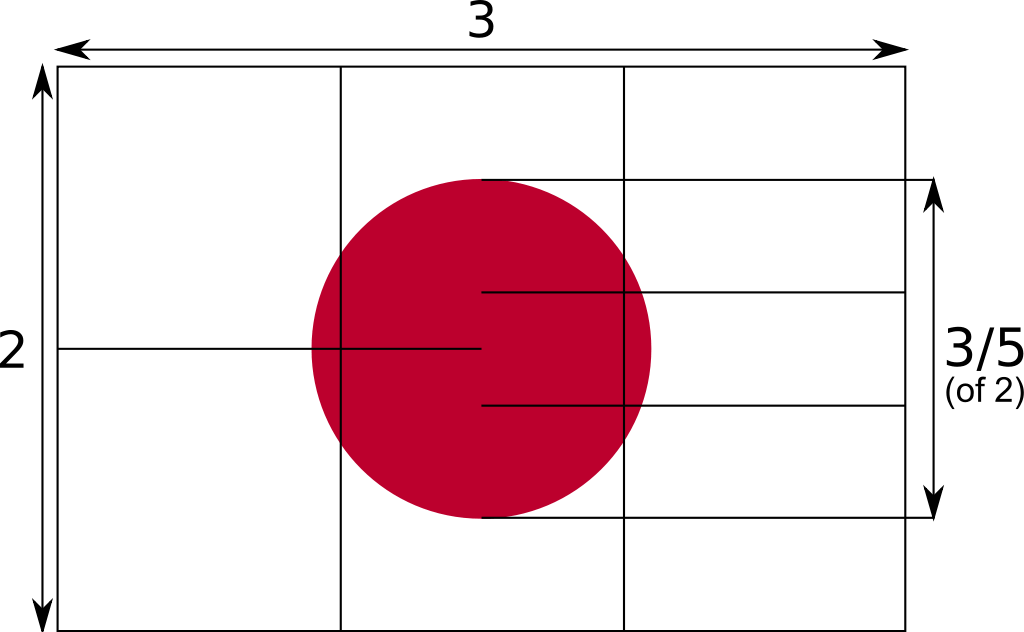 The flag of South Korea is popular as Taeguki. It was adopted in 1948. It has a white background, a red and blue Taegeuk, and four black trigrams. The main color of the Korean flag is white that stands for peace and purity. The circle represents a balanced universe, red stands for positive cosmic forces, and blue is for negative forces. 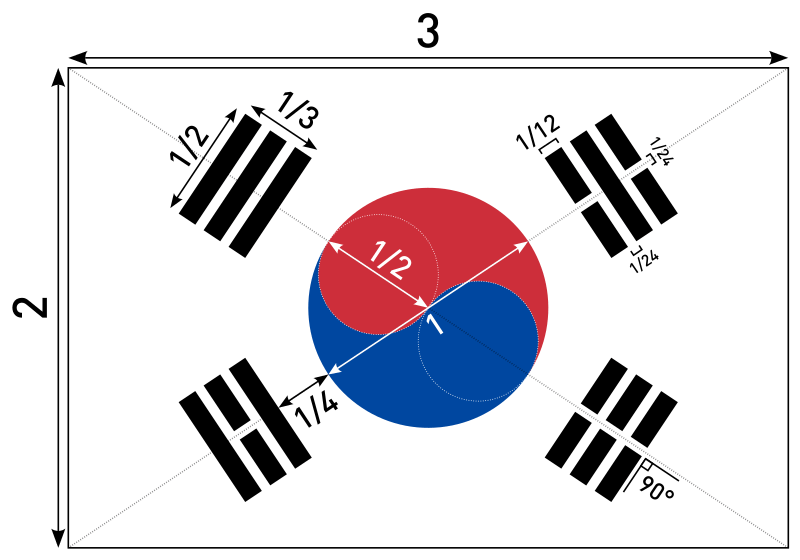 We tried here to provide the top 13 countries’ flag design information for the graphic designers so that they can create perfect flags for their own country and their clients. If you are a graphic designer, you know how important this information for flag design maintaining perfect rules and laws. It will help you surely, but if you face any problem during creating flags for clients, contact us.

We are a professional bulk photo editing and graphic design company providing eCommerce image processing solutions. Color Experts International Inc is a 30+year-old company that initiated in Silicon Valley (San Jose, now at Virginia), USA. So, we also can understand your needs. If you have a studio or an agency with bulk demand for B2B image editing, we can provide 5,000 retouched images per day and 2,500 images with same-day delivery.

How to Shoot Clothing Photograph