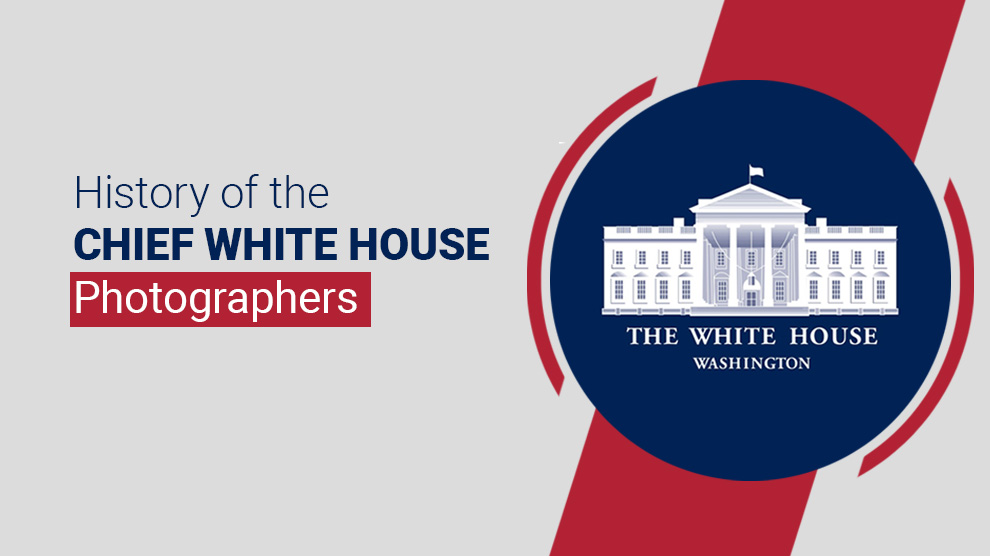 Ever wondered how did photography exist in the olden days? No doubt, it wasn’t like as it’s today. Today, we boast different types of high-end cameras promising us premium photo quality. Alongside, many gadgets and accessories are being invented as time progresses to facilitate the process of photography. Earlier, photos were predominantly black and white and only professional photographers with posh cameras could bring out colored photos with some sorts of appeal. The laymen were reliant on box brownie cameras which could produce identifiable photos but lacked depth and details.

Since its invention, photography has been a mode of umpteen opportunities. Undoubtedly, the emergence of photography has opened up possibilities for us to spot the world exquisitely and uniquely. The leverage of cameras has enabled us to snap many historical sites globally and showcase them to the world. One of the eminent sites having significant value for people around the world, especially, the Americans is The White House. 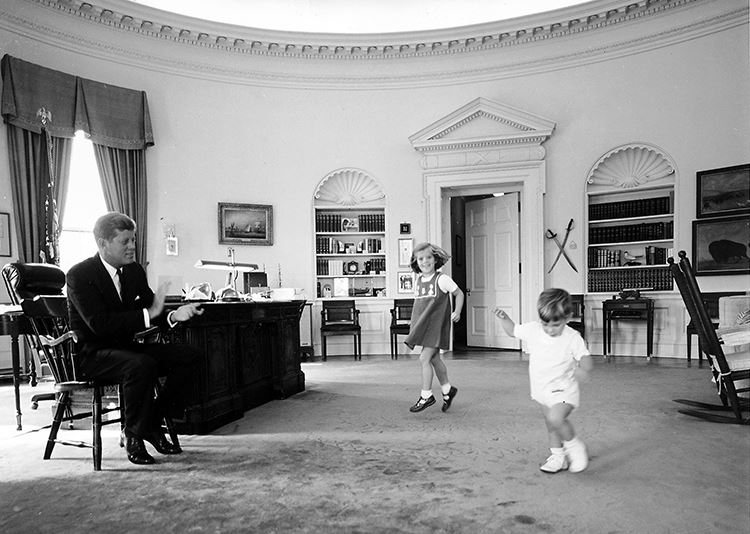 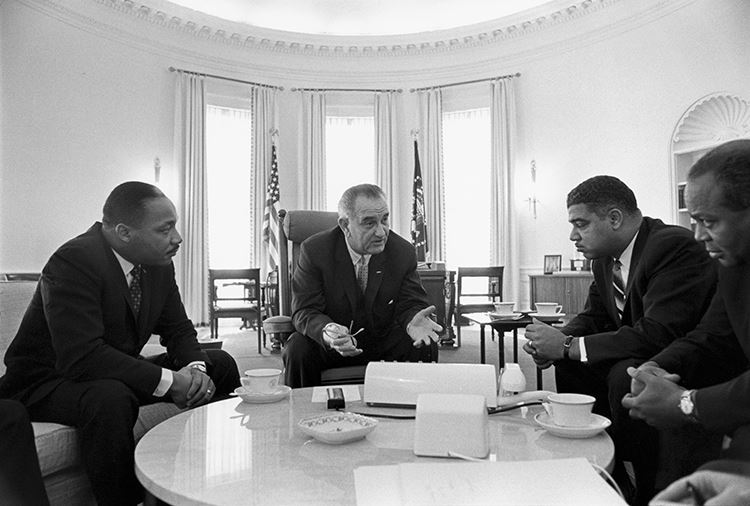 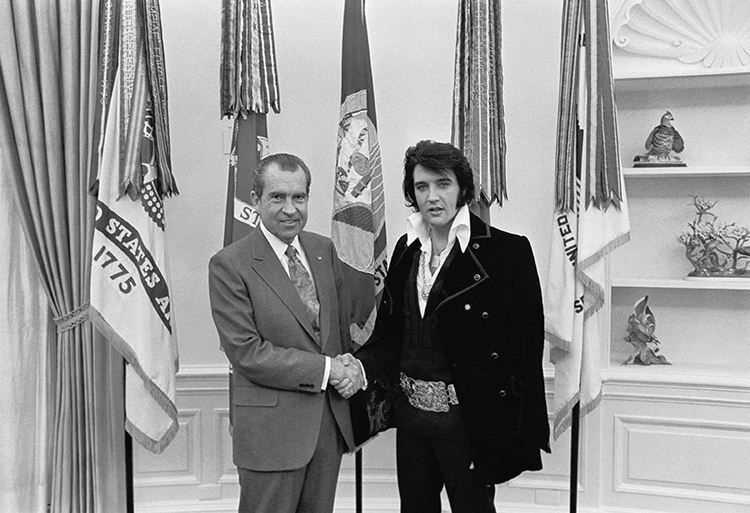 Oliver F. Atkins, well-known as the personal photographer of the ex-president Richard Nixon. When Nixon kicked off campaigning for the presidential election, Oliver was following him on his campaign trail. After Nixon got elected, he became the official White House photographer. Oliver was, no doubt, a rational choice as the White House photographer. But unlike his predecessors, he got limited access to the president. He got the opportunity to capture a host of pictures of the president with many heads of state and celebrities. Atkins’ most prominent shot includes the one showcasing a private meeting between Nixon and Elvis attempting to rehabilitate their images. 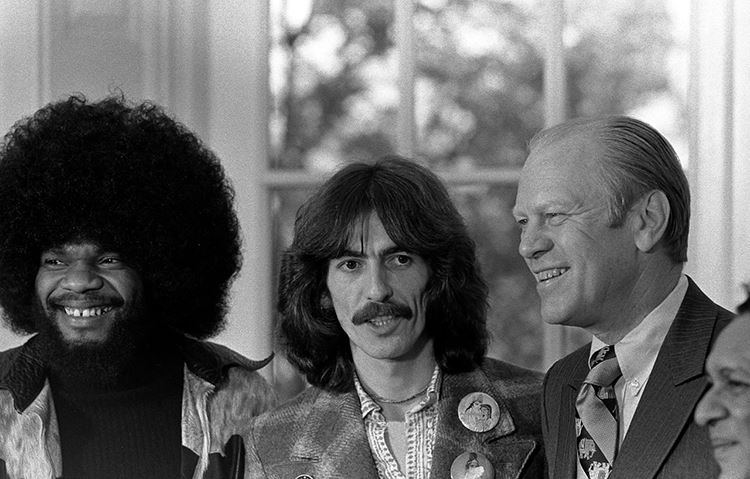 David Hume Kennerly has been at the front line of the history of photography, with over 45 years of experience under his belt. He has photographed 8 wars in total and as many U.S. presidents till date. He won a Pulitzer Prize for his coverage of the Vietnam War. He then returned to the U.S. after he was allotted to shoot the political drama taking place in Washington for Time Magazine in 1973. Following Nixon’s resignation in 1974, Kennerly became the Chief White House photographer during the Gerald Ford administration. Additionally, he worked for Newsweek magazine as a contributing editor and crafted projects for Life, Good Morning America Sunday, and George magazine. He was named one of 100 most influential people in photography by American Photo. 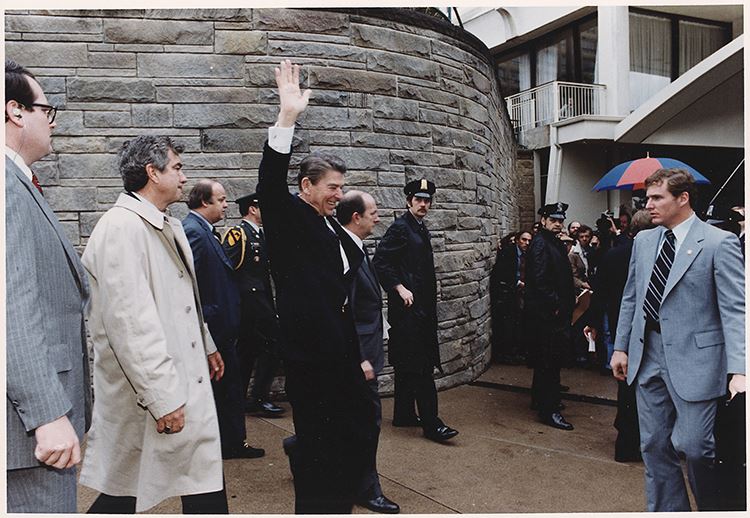 Michael Evans picked up the mantle after President Jimmy Carter went without an official photographer and served President Ronald Regan as his official photographer during his first term. Evans shot Ronald Reagan’s 1980 presidential campaign and was then picked by Regan himself to join his White House staff. The well-known image of Regan donning a cowboy hat captured by Evans was deployed by innumerable magazines after his death in 2004. During the President’s second term, the new Chief of Staff Don Regan decided to put all the staff photographers on equal rank which Evans thought to be a degradation. This prompted him to step down leaving others to take up the onus. 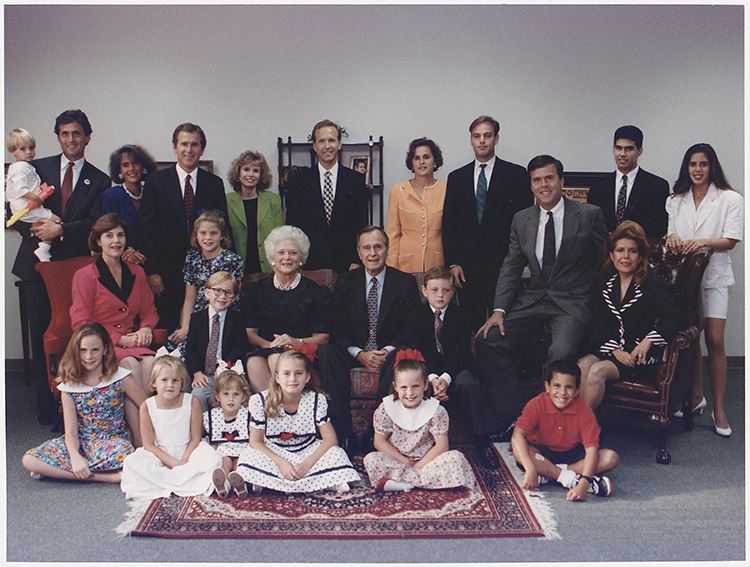 Another fortunate photographer who got unfettered access to serve a U.S. president was David Valdez. Born in Texas and was hired in 1983 to serve George H.W. Bush first as a vice president and then president. David treasured his job and captured many close photographs shared between the president and his family. He accompanied the president in all 50 states and 75 countries, thereby cultivating lifelong amity with him. The prominent shot snapped by David of Bush and his wife along with his grandchildren in bed is a testimony to the amicable rapport he forged with the president. David was reported saying that serving the president was a life-changing job for him. 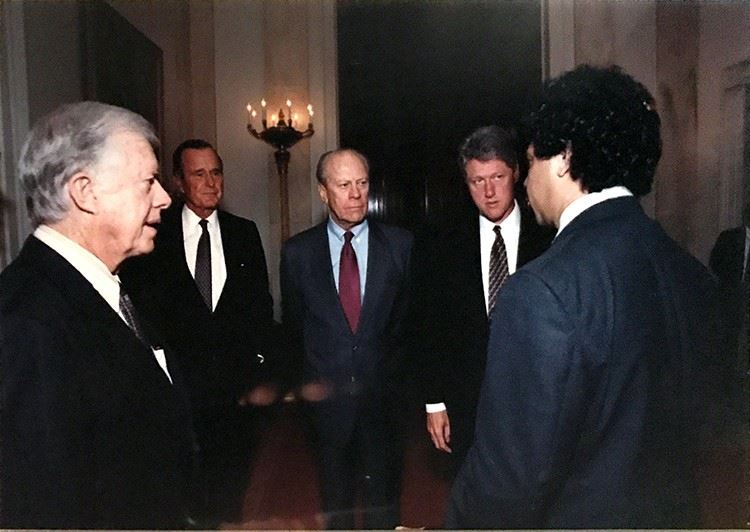 Bob McNeely boasted an illustrious career capturing George McGovern, Walter Mondale, Hillary Clinton, and Barack Obama. Following Bill Clinton in his presidential campaign, he worked under Bill Clinton for five years as the Chief White House photographer. His work encompassed scores of photos with intern Monica Lewinsky. But Ken Starr, an American lawyer subpoenaed these photos during the impeachment proceedings. McNeely stated in an interview with The Telegraph in 2001 concerning these shots that he felt betrayed when the president was pressurized to admit his sex scandal with Monica. On top of that, he covered the 2000 presidential election along with photographing Hillary Clinton’s campaign for U.S. Senate. 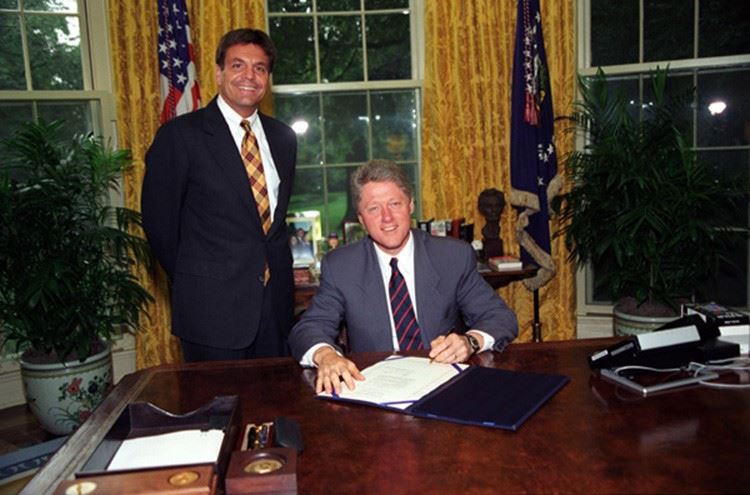 She was hired as the first African-American woman White House photographer documenting the inception of Clinton-Gore administration. She also served as the Director of White House Photography. She has extensive experience of 40 years in photojournalism and exhibition photography capturing political campaigns, news stories, cultural events, and conventions. She was a student of music but an abrupt visit to watch photos being developed in the darkroom piqued her interest in photography. Her most notable work embodies Clinton and Mrs. Clinton observing the launch of the Space Shuttle Discovery with astronaut John Glenn on board. 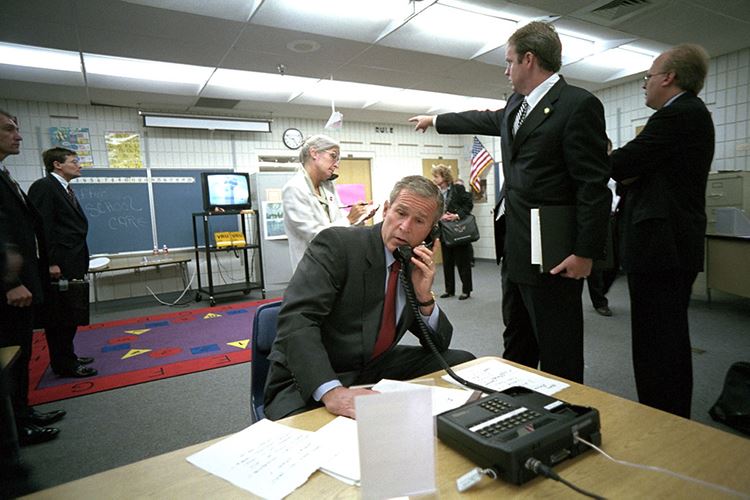 When it comes to taking the White House to Digital Photography, the job was carried out by Eric Draper under the administration of George W. Bush. He served as the chief official White House Photographer for long 8 years shooting his everyday activities of the office, abroad, and personal life. Eric was named as the first White House Photographer to be the commissioned officer to a U.S. president. He also instructed the conversion of earlier archived White House photography from film to digital. Eric, however, worked for the Associated Press as a news photographer before joining the White House. His salient assignments encompassed the 1996 and 2000 presidential campaigns, the 1999 Kosovo conflict, the France World Cup in 1998, and the Sydney Summer Olympics in 2000. 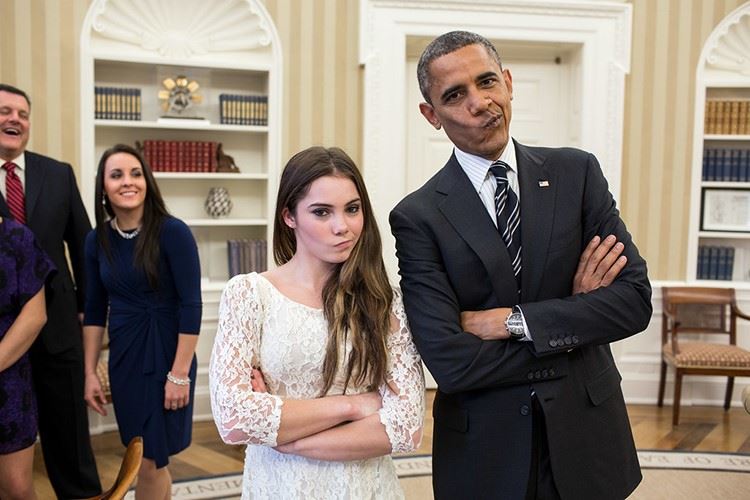 An iconic photographer who has witnessed many historic moments of the U.S and captured them masterfully. Souza was the Chief White House Photographer under the administration of President Barack Obama. Interestingly, he also worked for Ronald Reagan as an official photographer earlier. Souza, as a shutterbug for Chicago Tribune, kicked in covering Senator Barack Obama in 2004. At that time, he cultivated a strong rapport with Obama that led to his joining as the Chief White House Photographer later. In 2009, the White House endeavored for social media presence launching an official Flickr feed. This opened up an opportunity for the masses to have direct access to nearly 50 images per week picked up from thousands of photography masterpieces of Souza and his staff. 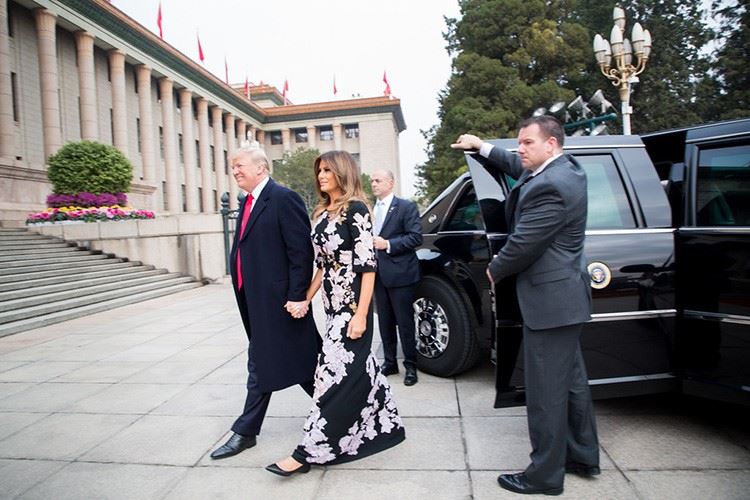 The second female Chief White House photographer, Shealah Craighead has been President Donald Trump’s premier photographer for the past 3 years. She is not a stranger to the presidential photography being the official photographer for the first lady Laura Bush during the George W. Bush term. Till date, very few of her photos have been published. The majority of her photography exists in one 50-image gallery on the president’s official Facebook page or are dispersed around Instagram. Shealah has a second to none background and resume, placing her in one of the most sought-after jobs in Washington. Unlike her predecessor Pete Souza, she has kept an unbelievably low profile. She fancies to let her influential photographs speak for themselves.

In the field of visual arts, what’s more, coveted than being a Chief official White House photographer? Serving a U.S. president as a Chief White House photographer isn’t just peanuts, rather it’s a matter of pride and honor. The above-mentioned shutterbugs just can’t be termed as fortunate as they achieved their positions with their unparalleled talent, skill, and experience.

How to Start Photography Business From Home Part-2

How to Start Photography Business From Home Part-1

25 Photography Books: The Best Resources for the Photographers

Photography Guidelines on the Special Days of the USA

How A Graphic Design Company Can Help Wedding Photography Business 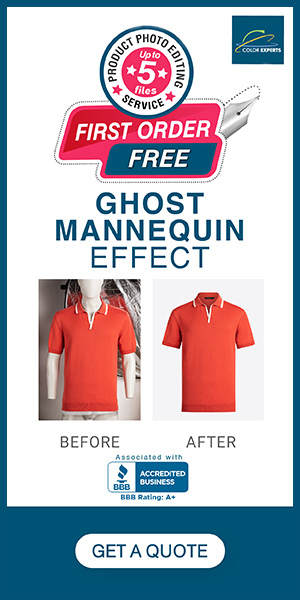