Darkroom Photo Manipulation before Photoshop – A Walk into the History

If you were born after Adobe Photoshop Era, you might know how photo retouching is done in Photoshop within short time. But, you will be amazed how older generation used to Photoshop in their Photo Shop before there was Adobe Photoshop. After the invention of the camera, the Photograph Industry skyrocketed and invented many new techniques. And “Photo Manipulation” became a new term for these strategies. But, did you think that it was related to Adobe Photoshop only?

The word “Photo Manipulation” is now-a-days synonymous to “Photoshopping”. But, back in those days, “Photo Manipulation” meant many techniques including film and negative manipulation, darkroom manipulation, chemical manipulation, and more. Even the word “Retouching” you know that is now closely related to Photoshop, was invented even earlier than Photography. It was a common term for Painters, which meant reworking on their Painting to enhance it.

Photo Manipulation is anything to do on an image with a view to correcting defects and enhancing it. It started with the invention of the camera and photograph in the early eighteenth century. An early remaining example of manipulation was in the 1860s when an image of Abraham Lincoln’s head was attached to the body of John C. Calhoun.

In that time, the photographers retouched photos in the studio darkroom. They edited photos using traditional tools and technology. In this present era, photo manipulation sounds good, but before computer and software, it required a whole box of tools, a very sharp eye, and an extremely steady hand with the extreme labor.

Techniques and Tools of the Darkroom:

Before Photoshop, there were numerous photo manipulation techniques such as dodging and burning, vibrating while exposing, scratching the negatives, blurring, airbrushing, painting the negatives, coloring, etc. The photographers used photo-montage, or combination printing to manipulate records of historical events or to create painting-like imagery. All these works, they did in the darkroom of the studio spending a lot of time. There was always the chance of errors. That’s why most of the Dark Room Manipulators used to work on a copy of the master negative.

The photographers manipulated negatives using a double-exposure method or by piecing photos or negatives together. They apply bleaching to artfully lighten or totally wash-out parts of the photograph. They also used hand coloring for fine art painting.

The photographers used many tools for image manipulation such as magnifying glass, pastes, ink, cotton, light, cutter, palettes, opaque paints, brushes, eraser, charcoals, scale, etc. Many tools of photoshop have come with the same shape and function of the tools before.

How did the Photographers work in the Darkroom?

Before digital cameras and memory card, the photographer shot photos by the camera with the film. It had a limitation. When they finish a film capturing photos, they had to develop the negative in the traditional darkroom.

Now let’s see how the photographers worked in the traditional photo shop or darkroom step by step.

Photo Manipulation in the darkroom

Manipulation activities in the darkroom was not as easy as the present photo manipulation in Photoshop. It was laborious and time consuming also. It is almost like a drawing picture from scratch.

Spot Retouching: In the darkroom, the photographers removed spots from photos by analog process, such as-

It was (and still is) an important work in the darkroom. The retouchers of the darkroom, used to edit the negative for color correction, lighting, shadowing, etc. Let’s see how a small negative retouching was done for lighting effect on an individual part of a photo.

Photoshop is the most used photo editing software with a wide range of powerful tools. It was made by Thomas Knoll and John Knoll. Later they sold the license and in 1988, Adobe Systems first launched this software.

At first, there was a great laughter to the name ‘photoshop’, but as time goes, its importance has increased. This editing tool has become very popular to the photographers and to the people out of photography. Its usage has become broadened to the various designs, graphic design, image manipulation, and so on. Many industries have grown depending on the software with the advancement of digital photography, ecommerce business, etc.

How did the Photoshop tool’s icon originate?

There is a variety in the appearance of the present photoshop icons. Some icons are looking exactly as you think, but there are some tools, you cannot but laugh looking at their appearance. By the way, let’s know how they have originated.

It is a very useful tool used for cutting any individual part of an image. Its appearance is awkward. Its sliding gizmo allowed the photographers to crop and resize any photo maintaining the same aspect ratio. This photoshop tool has originated from this tool:

These two tools of photoshop have come from the darkroom’s lollipop shaped tools, viz:

In the darkroom, the photographers used these tools to get any area of an image lighter or darker by making the exposure longer or shorter, and even apply the gradient. They didn’t use the tools only for the spots rather to change the whole mood of a photo.

Ethics and Aesthetics of photo manipulation:

Generally ethics is a set of some rules and aesthetics relates nature and beauty.

In photo editing, ethics is a good concern. If editing is excessive and lies about the true message in the picture, then it’ll ruin the purpose of manipulation. You should not edit some images like: politics or politicians, war photos, natural calamities, etc. The visitors want to see the actual photo with the actual news. Any image manipulation in the news media, can also mean yellow journalism. Some magazines like National Geographic, Discovery, etc. uses a little retouching to enhance aesthetics. In these fields, reality matters most.

But, aesthetics and ethics are two different things. It’s all about how true message you are giving. If the manipulation is too much that gives totally wrong message, then this is unethical. But, if not, then there is nothing wrong in being aesthetical.

In Aesthetics, photo manipulation is almost limitless. As long as it looks natural, you can edit. Some sectors that need high level photo editing. These are fashion and model photos, magazines, fine art photography, paintings, etc. The goal of photo editing is to make the photos beautiful and appealing.

Photo manipulation has a long history. Earlier it was laborious and time consuming, but, after the invention of the Photoshop, it has become easier. Photoshop has widened the scope of photo editing. You can have photos in the way as you want and that has made the Photoshop popular. 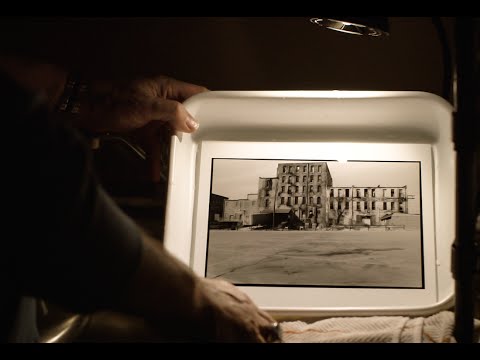 How To Fix An Overexposed Photo?

How to Invert Colors in Photoshop

Fotor Vs. Photoshop: Which One To Choose?

How to Replace Sky in Photoshop | Fast & Easy Way!